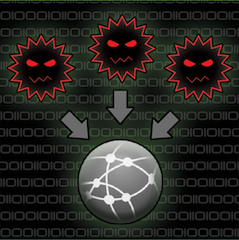 I was recently asked to perform an evaluation of multiple command and control (C2) agents. Rather than spending an exorbitant amount of time (that could be used building a custom C2) on an evaluation, I decided to perform a quick comparison of several popular C2 agents.

This comparison is in no way a complete review, evaluation, or judgment on the validity of any agent. Rather it is a very quick assessment of my first take on each (think hours not months). I also acknowledge that if a function, feature, or build did not work after two consecutive attempts it was abandoned.

All readers should note that building a C2 agent or framework isn't easy. Building one that can handle the types of actions a true Red Team may perform while avoiding defensive mechanisms or processes and ensuring effective functionality is tough! Kudos to each of the authors!

Note: I’ve identified differences between multi and cross platform. Cross supports some combination of Windows, Linux, and/or Mac natively. Multi indicates the ability to (easily) write agents to support other platforms. (In this context Cross is better :))

Of the 12 C2 listed, none are viable for my needs in long-term operations. Several have benefits for short-term OPS; however, drawbacks must be weighed against operational objectives.

Cobalt Strike is extremely useful and viable for Windows based operations or if used in conjunction with a second C2.

If 2 were required outside Cobalt Strike, Sliver would be my first and Faction second choices with very specific use cases for each.