Security testers need a mixed set of tools. Some in the penetration testing and red teaming community argue that you shouldn't be limited to a specific set of tools. A threat can use anything they desire, right? This is true, but we are not the threat. We are part of the professional security testing community. Security testers shouldn't be limited to a specific set of tools, but downloading and using something randomly found on the internet is risky. A balance is needed. This balance is one way to separate security professionals from those who 'hack stuff.' We need a standard process to control the tools we use that are flexible enough to provide the capability we need with some assurances around the codebase. This can be achieved through a standard attack platform.

A standard attack platform is the common set of tools and hardware used by security testers, like a Red Team, to perform an engagement. The term standard is critical.

A common set of tools and payloads, along with a standard logging process, can help an organization quickly work through the deconfliction process. (https://redteam.guide/docs/definition-lexicon/#deconfliction)

A universal base provides a stable, functional environment for a Red Team to operate. Consistency means more efficient operators.

A standard platform is designed using the knowledge of many people. Multiple senior team members can contribute their best tools, references, and guides. This raises the overall capability of a team by including expertise in the toolbox. Junior operators can utilize more sophisticated tools or techniques that often only exist in someone's head.

Red Teams and security testers often build custom tools. If these tools are developed to a common base, like a standard attack platform, they will work for all operators. Tools should just work, no more fighting installation of dependencies or “it works on my box”.

In some cases, Blue Teams or customers require red team tools to be vetted as threat faithful or provide assurance tools have no unknown malicious risk. When using a standard attack platform, a tool vetting process can be used before including a tool to the toolbox. This ensures all tools are managed and validated before use. Tool validation often occurs due to fear that the Red Team tools may cause unexpected damage to a system Demonstrating active control of a toolset is a way to professionalism and reduce fears that may arise during security tests.

Using a common baseline enables a standard set of procedures that allow the skills and knowledge of senior operators to be used by junior operators. This can significantly enhance an engagement's success and better use of limited resources.

Using a standard platform does not mean limiting the toolset. If a tool or capability is required, make it part of the platform, and document its inclusion. If an operator needs a new tool or unique ability for an engagement, use it. The standard attack platform is a common base meant to provide a stable and functional environment for Red Team operators or security testers to operate. It is not designed to limit the Red Team.

TLDR: Be a security professional. Control the tools you use.

![Red Team Guide][http://redteam.guide] Details on the concept of a Standard Attack Platform and other Red Teaming topics can be found in the book Red Team Development and Operations - A practical guide, written by Joe Vest and James Tubberville.

ThreatBox is a standard and controlled Linux based attack platform. I've used a version of this for years. It started as a collection of scripts, lived as a rolling virtual machine, existed as code to build a Linux ISO, and has now been converted to a set of ansible playbooks. Why Ansible? Why not? This seemed to be the next natural evolution to the configuration of standard attack platforms.

Threatbox installed using the default setup is not a complete managed solution but is a great starting point to build and create a controlled attack platform.

Provisioning in the Cloud

This project uses Ansible playbooks and roles to perform post-deployment configuration on a Linux target. It was tested on Ubuntu 18.04 provisioned in Digitalocean. Provisioning security testing boxes to cloud services providers is a personal preference determined by your own risk factors. Cloud provisioning is not required but does demonstrate the the system deployment side of DevOps. This project will not provision your target systems. This set of playbooks can be run against a Linux box you control (local or remote).

It is designed to be used as a starter process in creating, managing, and using a standard attack platform for red teaming or penetration testing.

Here are a few tools installed and ready for use:

Connect to the GUI via VNC over SSH 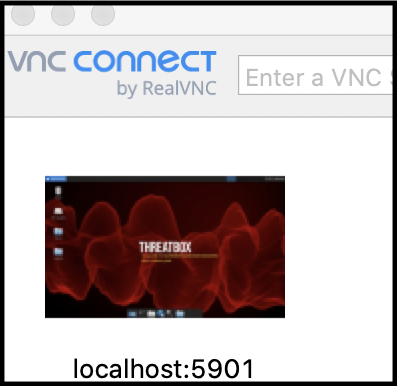 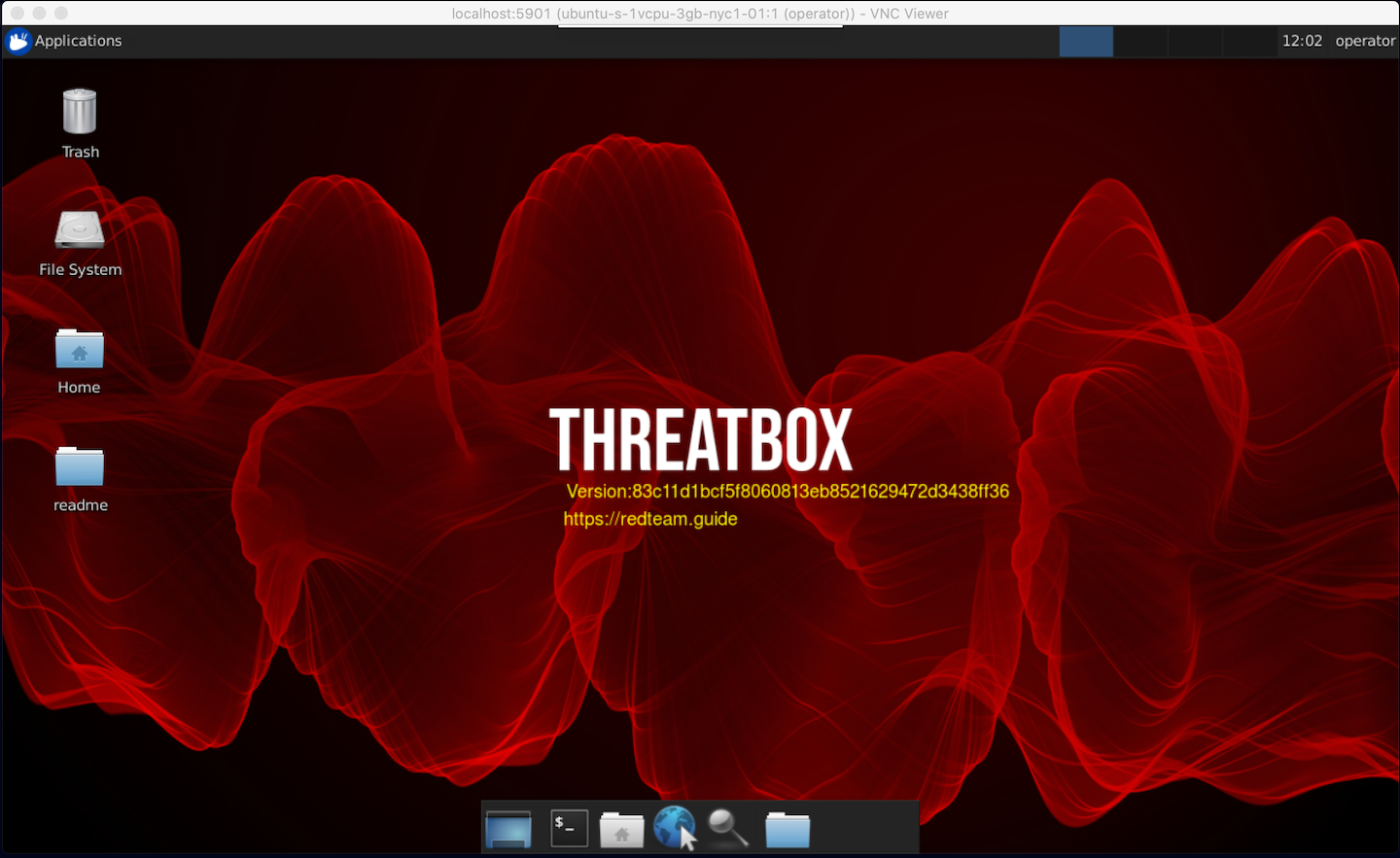 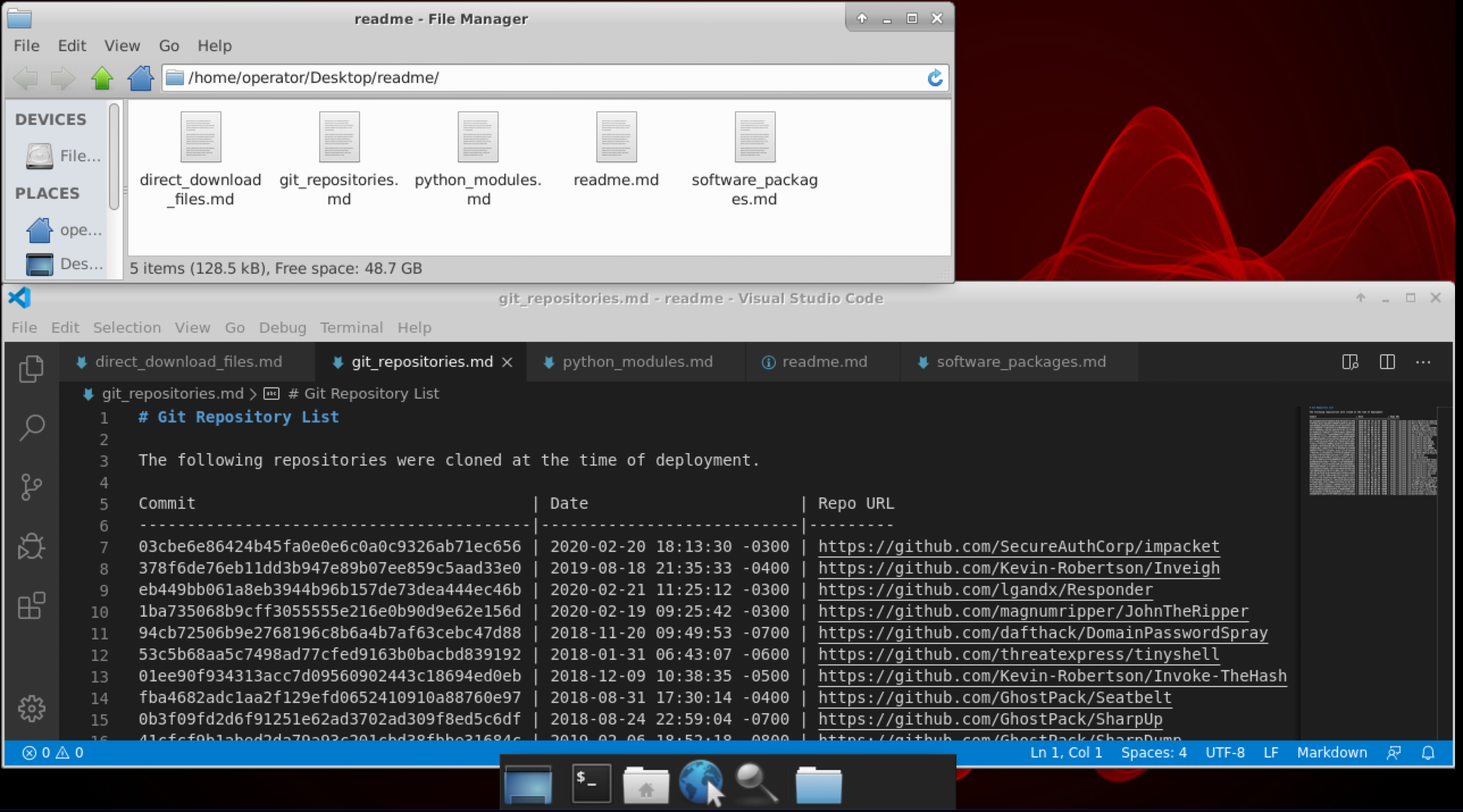 Light version of the terminal 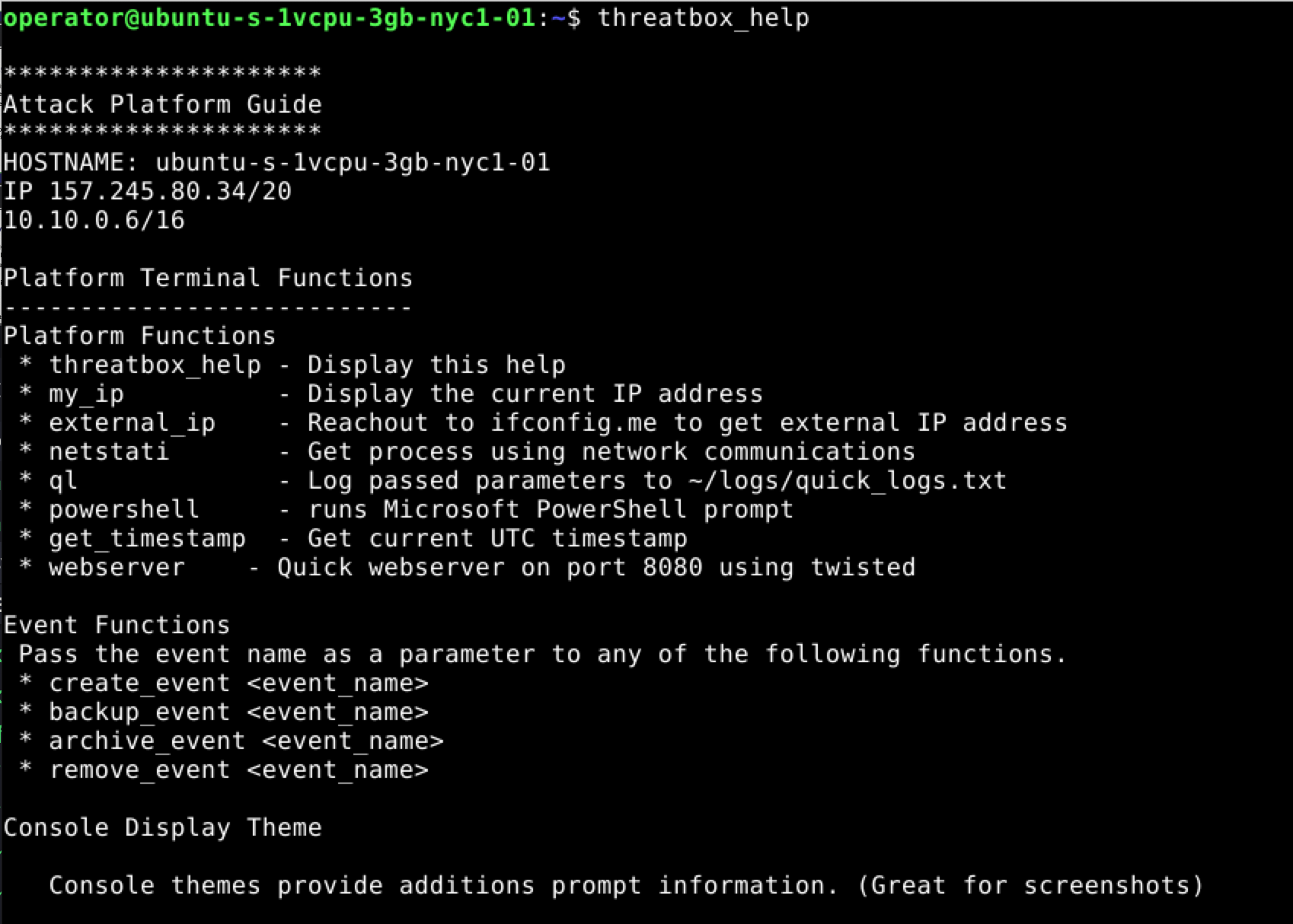